How to Install Gcam Mod on Redmi K20 Pro 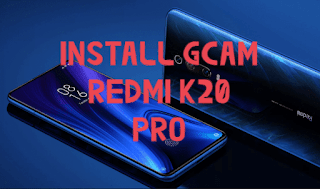 How to Install Gcam Mod on Redmi K20 Pro — After officially parting ways with Xiaomi, Redmi as the brand released its first flagship phone under the name Redmi K20 Pro.

How to install Google camera on Redmi K20 Pro

Some other advantages of the Redmi K20 Pro are the Super AMOLED screen with Corning Gorilla Glass 5 protection and HDR10. Do not miss the 27W fast charging feature and the latest pop-up camera.

Read Also: How to Install Gcam Mod on Xiaomi Mi A3

On paper, the camera specifications above promise photo quality that will satisfy the eye, but we all know that with Google Camera, the experience will be raised.

To be able to install Google Camera mod, a cellphone is required to support Camera2API, something that has never been found on a Xiaomi or Redmi cell phone before, out-of-the-box.

But something different is in Redmi K20 Pro, Xiaomi seems to have opened Camera2API support directly on this device, as evidenced by the LEVEL_3 status when checking Camera2API, meaning this phone can take RAW images and YUV processing. 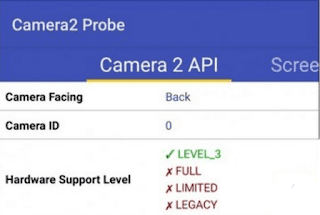 To begin the process of installing Google Camera (Gcam) on Redmi K20 Pro, follow the steps below.

RECOMMENDED FOR YOU  What is AI Upscaling on Samsung QLED TV?

Then you can just use Gcam freely and enjoy better quality photos with this Google Camera Mod.
Almost all the features of Gcam mod available can be used optimally on this device, but there are some things that do not work well like lens distortion and ultrawide lenses, besides slow-mo video and EIS also cannot be used.

If you just bought Realme 5 Pro, then it never hurts to try this Gcam app and get photos with details, sharpness and color accuracy better than the default camera application.