OPTIC AXCESS — Not wanting to be left behind by the trend of 3 rear cameras in 2019, Lenovo recently launched its newest smartphone called the Lenovo K10 Plus.

This smartphone comes with 3 rear cameras that have a combination of 13 MP main camera, 8 MP ultra-wide camera, and 5 MP secondary camera. The ultra-wide rear camera is capable of producing large area photos. 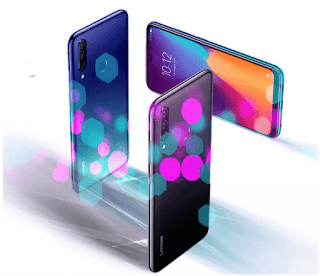 While the main and secondary cameras can be combined to produce Portrait photos with interesting effects. The front camera has a 16 MP resolution that can accommodate selfies or video calls well.

The Lenovo K10 Plus runway is entrusted to the Qualcomm Snapdragon 632 Octa-Core chipset which is famous for its battery-efficient thanks to 14nm process technology. 4 GB of RAM and 64 GB of internal storage is asked to be a companion of the chipset.

Read Also: 2 Ways to Screenshot on a Lenovo Laptop to Save the Screen Display

With this hardware combination, making Lenovo K10 Plus can run applications for daily activities smoothly. If the internal capacity is not enough, users are allowed to add microSD up to 2 TB.

Batteries with a capacity of 4,050 mAh are believed to be the source of life energy. While the 18W Fast charging feature has also been embedded in this smartphone which is claimed to be able to charge the battery quickly.

Read Also: The Advantages and Lack of Lenovo K10 Note

Thanks to the presence of IPS technology, it allows users to still be able to see content on the screen up to 178 degrees. While the fingerprint sensor has been pinned on the back which makes it easy for Lenovo K10 Plus users to unlock with fingerprints.

As an alternative, the Face Unlock feature has also been embedded in this device that allows users to unlock using only the face. ZUI 11 is based on the Android 9 Pie operating system directly pinned on this smartphone.

4G-LTE network support, WiFi, Bluetooth, and FM Radio have also been embedded in this one smartphone. With a contemporary design and middle-class hardware specifications, Lenovo K10 Plus is priced at 10,999 Rupees, or around US $ 155.