OPTICXCESS — OnePlus is one of the vendors from China which is famous for its flagship smartphone that has high hardware specifications at attractive prices.

The screen of this smartphone has a refresh rate of 90Hz which makes animated movements in the game look smooth and comfortable to look at. To minimize the occurrence of scratches on the screen, scratch-resistant Corning Gorilla Glass has also been embedded in this one product. 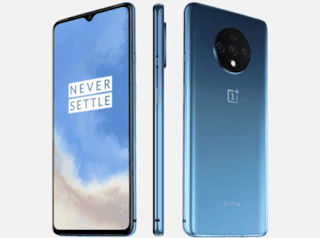 The use of Fluid AMOLED technology allows fingerprint sensors to be embedded in the screen. While NFC sensors have also been embedded in this device that can be used for digital payments, data transfers, and much more.

Turning to the kitchen spur, this OnePlus has been driven by a Qualcomm Snapdragon 855+ Octa-Core chipset powered by 7nm manufacturing technology. While 8 GB of RAM and internal storage with a choice of 128 GB or 256 GB are present in this smartphone.

This hardware combination makes OnePlus 7T able to devour even heavy applications or games. While the battery has a capacity of 3,800mAh which is supported by a 30T Warp Charge.

With the presence of the 30T Warp Charge feature, OnePlus claims that 70% of battery charging can be done in just 30 minutes. You could say the ability to charge the battery 23% faster than Warp Charge 30.

As for photography, the OnePlus 7T is equipped with three rear cameras consisting of a 48 MP main camera, a 12 MP telephoto camera and a 16 MP ultra-wide camera. The main camera has an IMX586 sensor that can produce photos up to 48 MP resolution.

While the rear telephoto camera is able to produce remote photos up to 2x Optical Zoom. Finally, the ultra-wide rear camera is capable of producing photos with a wide area up to 117 degrees of viewing angle.

While the front camera has a resolution of 16 MP which can produce selfies with good results. There is also an EIS on the front camera that makes the vlog video taker run smoothly and not shake.

HUAWEI Band 4e Will be launched by HUAWEI