The Advantages and Lack of Samsung Galaxy M30s

It seems that nothing can be done by Samsung, except to participate in refreshing the product, when its dominance began to be shifted by a number of products from China which are getting more aggressive here.

This can be seen from the increasingly aggressive refreshment in the mid-market smartphones, by presenting several upgraded versions of the latest line of Galaxy A and Galaxy M.

Galaxy M30s is one of them. Although Samsung has just launched the Galaxy M30 – its predecessor type – in July 2019, this device has just been announced in India to replace it.

The advantages of Samsung Galaxy M30s

Almost in line with the Galaxy M line in general, the main advantage offered in this device is the capacity of its jumbo battery. Even unmitigated, this new device is equipped with batteries up to 6,000 mAh for the first time.

With this very large battery capacity, you can use this device for a very long time without having to rely on a charger. In his claim, this device can last up to 29 hours to watch videos, 49 hours for voice calls, or 131 hours if only for listening to music.

Especially in this battery sector, you also don’t need to worry about charging for long. Together with its jumbo battery capacity, Samsung has also equipped this device with fast 15W charging.

Although in general the most superior battery, does not mean that the Galaxy M30s do not have other advantages. The reason is, this device also offers more powerful performance, thanks to Samsung’s new SoC, the Exynos 9611. 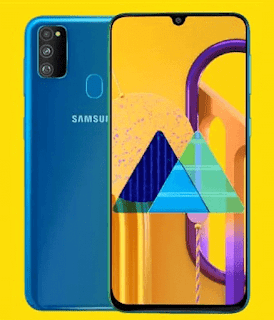 Exynos 9611 is an upgraded version of Exynos 9610 which has been Samsung’s mainstay on several previous devices. The new SoC offers improvements in various aspects, from performance, AI capabilities, to the ability to process the photo signal.

In addition, this SoC was also strengthened by the presence of LPDDR4x RAM up to 8 GB and UFS 2.1 to 128 GB internal memory. Even for gamers, there is a Game Booster that can maximize its abilities.

Armed with this powerful ability, especially the SoC, the Galaxy M30s are also supported by camera specifications that are not kidding. In this new device, Samsung embeds the main camera with an enhanced configuration.

Read Also: The Advantages and Lack of Lenovo K10 Note

The camera specifications are quite interesting, balanced with several features that can enhance your photography and videography, such as the Night Mode, Live Focus, Super Steady, Super Slow-motion, Hyperlapse, and so on.

To be honest, looking at the technical specifications that are now on the official pages as well as those that are widely spread on the internet, I can’t yet determine what the drawbacks are. But one thing to note is the body material.

The plastic body in the Galaxy M30s does not look premium like similar devices.