This can be seen with the presence of VIVO U10 in India which has mid-powered hardware specifications. At first glance, the U10 Vivo is equipped with a Qualcomm Snapdragon 665 Octa-Core chipset.

Although this chipset has a performance below the Snapdragon 712 Octa-Core owned by Vivo Z1 Pro, Snapdragon 665 is still able to run games or applications smoothly which is offset by low battery consumption. 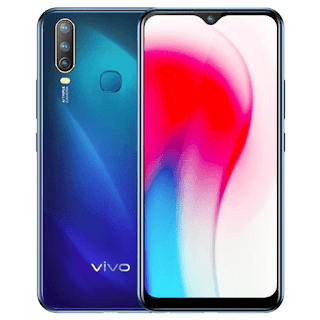 4 GB of RAM is also present on this smartphone that allows applications or games to run multitasking smoothly. Moreover, the U10 Vivo is equipped with Ultra Game Mode features.

With the presence of the Ultra Game Mode feature, it allows smartphone performance to increase when the game is running. This feature also has several interesting sub-features, ranging from 4D Vibration, Do Not Disturb Mode, Low Blue Ray Game Eye Protection, to Voice Changer.

With the presence of the 4D Vibration feature, it allows vibrations produced by smartphones when the game is running to become more alive. While Do Not Disturb mode helps users to be able to play games without interference from chat or telephone.

Read Also: How to Use Screenshot Features in Vivo S1

Low Blue Ray Game eye protection will make the screen provide a filter or protection so that the blue radiation is reduced so that the user’s eyes are not damaged. In addition, Voice Changer is able to change the voice of its users when playing games to talk with other players.

While the Portrait Mode on this smartphone can produce blur background photos instantly thanks to a combination of the main and secondary cameras that can determine the depth of an object being targeted.

For the screen has a width of 6.35 inches with HD + resolution that fills the front with bangs in the form of dew drops on top. While the fingerprint sensor is on the back.

Funtouch OS 9 based on the Android 9 Pie operating system and support for two SIM cards with 4G-LTE networks are present on this smartphone.