OPTICXCESS — The mobile version of Call of Duty Games has already been downloaded as much as 100 million downloads within a week after launch.

Data from the Tower Sensor reveals the number of Call of Duty: Mobile beating PUBG and Fortnite games when newly launched.

“This game became the launch of the biggest mobile game in history in terms of the player base, which was built in the first week, ” said the research leader of the Tower Sensor mobile application, Randy Nelson as quoted by Reuters. 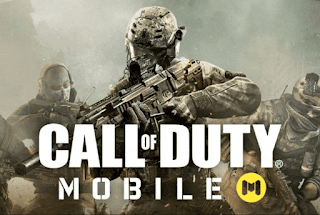 Call of Duty: Mobile was launched on 1 October, by publisher Activision Blizzard Inc. The number that the Tower Sensor acquired was a unique download on the App Store and Google Play within a week after the launch of Call of Duty: Mobile.

This type of first-person shooter game is developed for mobile devices by Tencent Holdings LTD, which also plays for PUBG Bluehole and Epic Games Fortnite. The player, in the game Call of Duty: Mobile, becomes an elite force that hunts the target to various places in the world.

The main goal for the Call of Duty: Mobile Gaming Market is the United States, the country accounted for 17 percent of downloads in the first week, followed by India. Tencent hasn’t launched this game in China.

It didn’t take long, the game called Call of Duty: Mobile was reported to have grossed about 2 million US dollars after one day the game was launched.

The figure of this income is called the activity of the activities of the CoD Mobile players who enthusiastically do in-app purchases or purchase items in the game. To be known, like most online games, the Call of Duty: Mobile game itself is free to download and play.

In it, however, players can buy a variety of cosmetic items, such as clothes, shoes, hats, and other performance accessories, to distinguish themselves from other players.

Players can also upgrade their weapons using their in-game rate (CoD Points), to increase the accuracy of the weapons used to play. Despite its estimated income, SensorTower does not provide detailed information about the game’s revenue composition.