Home » iPhone SE 2 will resemble iPhone 8 with chipset A13

OPTICXCESS — Analyst Apple Ming-Chi Kuo announced that the iPhone SE 2 will be released in Q1 2020, with chipset A13.

In the year 2016 ago, Apple has launched the iPhone SE which became the re-release of the smaller iPhone 5 devices. Now Apple Ming-Chi Kuo analyst has claimed that iPhone SE 2 will be released in Q1 2020 upcoming. Reported from the GSM Arena (3/10), this smartphone will reportedly be priced at a price more affordable than the price of the iPhone 11. 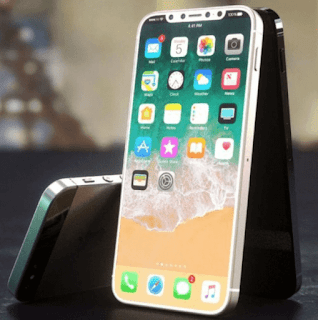 iPhone SE 2 devices will also be equipped with processor A13 with 3GB of RAM, like the iPhone 8. Even Kuo also estimates that Apple will sell the device as much as 30 to 40 million units over the next year 2020. The estimated iPhone SE 2 will also be able to beat the iPhone 8, which is still sold by Apple.

The presence of this device will also be able to drive more sales that are still holding the iPhone 6, which cannot be updated to iOS 13. Oh Yes, Apple also reportedly retains the home button on this SE 2 iPhone.

Previously Kuo has also leaked that the iPhone SE 2 will display a 4.7-inch screen and use the LCD screen instead of OLED. It is said that JDI will supply most of the LCD panels, with a small portion supplied by LG Display. Considering this is just a leak, so it seems that we still have to wait some more time to get more information.

OPTICXCESS — New Details About iPhone 12 Pro Max. The new iPhone line is always interesting to trace through the release is still in the…

Table of Contents But what if the iPhone is offline or even dead? Can we still trace it?Why can’t an offline iPhone be tracked in…

Table of Contents READ ALSO :Both of these Apple smartphones have 3 different variants:iPhone 11 ProiPhone 11 Pro Max OPTIC AXCESS — In addition to…