OPTICXCESS — After leaked hardware specifications of Realme X2 circulating on the internet, it is now a turn of its superior features.

Realme’s party through the official Twitter account of Realme Europe just uploaded the teaser poster about the use of the 50W SuperVOOC Flash Charge 2.0 technology developed by OPPO. 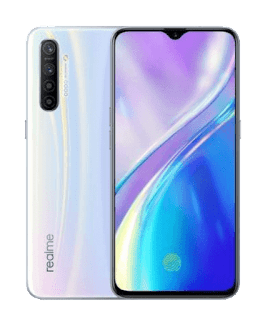 Unfortunately, Realme is not mentioned about the battery capacity of the smartphone. But based on previous information, OPPO’s 64W SuperVOOC 2.0 technology is capable of charging the battery with a capacity of 4,000 mAh in just 30 minutes.

In other words, it is likely that the battery magnitude of the Realme X2 Pro will range from 3,800 mAh to 4,100 mAh. In addition to its speeding battery charging, the smartphone will also have a strong performance because it is expected to use a Qualcomm Snapdragon 855 + Octa-Core chipset.

Qualcomm’s own Chipset is developed for gaming needs with 7nm fabrication technology so it is very reasonable to be able to run heavy applications and games seamlessly without any lag at all.

The use of this chipset makes the Realme X2 Pro ready to be the first flagship smartphone of Realme considering the highest smartphone that this Chinese vendor-issued is a Realme X2 with a Snapdragon 730G chipset.

Switching to other features, Realme X2 Pro is reportedly going to have a Quad Camera that has a combination of 64 MP main camera, ultra-wide camera, telephoto camera, and secondary camera.

This main camera has a large resolution that follows the footsteps of Realme X2. While an ultra-wide camera of this device can produce photos with a wide area up to a 115-degree angle.

Furthermore, the first time Realme will embed a telephoto camera on its own smartphone. It is reasonably reasonable considering the Realme X2 Pro is aimed at the upscale segment. Later telephoto cameras can be used to take photos remotely with a nice up to 20x Hybrid Zoom.

Reportedly again, Realme X2 Pro will also come with a full screen called Fluid Display that has a refresh rate of 90Hz. With hardware specifications and features offered by this, it looks like Realme will try to present Realme X2 Pro at an affordable price in Class.