OPTICXCESS — The site operator from China, China Telecom, has just shown the hardware design and specifications owned by Redmi 8.

Interestingly, China Telecom revealed that Redmi uses a 5,000mAh battery with a durability that is expected to last a day of normal use.

While the pacemaker kitchen is entrusted to the Qualcomm Snapdragon 439 Octa-Core chipset which is also used by Redmi 8A. You could say this chipset is an attractive choice for smartphones in the entry-level segment. 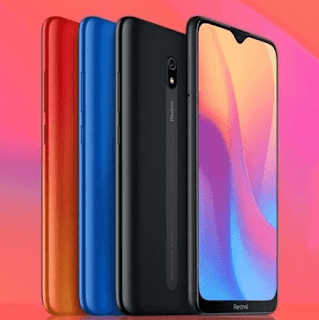 The performance produced by the Snapdragon 439 chipset is fairly powerful for lower-class smartphones. Thanks to 12nm technology, this one chipset saves in consuming battery power.

RAM up to 4 GB and internal storage up to 64 GB are embedded in it as a companion of the chipset. Later this smartphone user can add a microSD if the internal capacity is full.

Redmi 8 is rumored to have two rear cameras in a combination of a 12 MP primary camera and a 2 MP secondary camera so that it can produce bokeh (blurry background) photos easily.

While the front camera will have a resolution of 8 MP which can already support selfies or video calls. Face Unlock feature will also be pinned on this one device.

Not to forget, a fingerprint sensor will also be present on the back to make it easier for users to unlock using fingerprints. The screen will have a width of 6.21 inches with a full design plus waterdrop-shaped bangs on the top.

Not to forget, the support of two SIM cards, 4G-LTE network, WiFi, Bluetooth, and MIUI 10 based on Android 9 Pie has also been presented on this smartphone.

Redmi 8 uses a USB Type-C port to charge the battery and transfer data. While the 3.5mm audio jack port has also been presented on this device so that it can be connected with earphones or headphones easily.

With hardware features and specifications offered, Redmi 8 is sold by China Telecom at prices reaching 1,600 Yuan or around US $ 223 for the 4 GB RAM variant and 64 GB of internal storage.

Display Internet Speed ​​on Windows 7, 8 and 10 Dark Mode Windows 10 How to Activated

HUAWEI Band 4e Will be launched by HUAWEI