OPTICXCESS — Debuting as one of the classic survival horror franchises, Resident Evil has successfully produced many masterpieces that have been recognized as the best horror game on the market. The impression of horror is not focused on the figure of spirits, but a virus outbreak that turns many residents into zombies and gives birth to more other mutated creatures. The gameplay mechanism it offers has undergone many changes starting from the perspective of a fixed, third-person until finally, it changes to first-person like the one in Resident Evil 7.

Of the many Resident Evil games that have been released so far, we honestly still make Resident Evil 3: Nemesis the most favorite series. Although not all fans agree with this opinion, there are several reasons why this game leaves a stronger impression than other series. For this reason, in this special article, we have summarized some of the advantages of Resident Evil 3 compared to other Resident Evil games. Rather than curious, just refer to the full summary below.

The Perfect Jill Figure as the Main Character 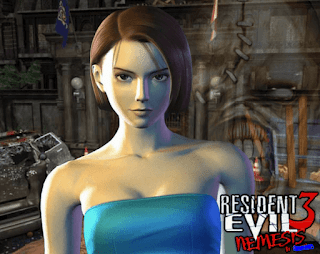 Starting his career debut as a member of Delta Force in the early 1990s, Jill Valentine is one of the most iconic main characters who have appeared since the first game on this franchise. A professional character, caring, a sense of responsibility and a charming figure makes many fans immediately fall in love with Jill. His appeal is increasingly radiated perfectly in Resident Evil 3, where he must deal with the nightmare of the destruction of the city of Raccoon and the pursuit of Nemesis which continues to hunt him nonstop.

In this game, Jill is also depicted with a design like a sexy bad-ass female agent. The character’s trait doesn’t change much, but in this game, Jill manages to play her role as an outstanding main character. He did not leave as strong an impression as Leon S. Kennedy in Resident Evil 4, but his role in Resident Evil 3 was enough to make the game received strong attention by many veteran fans. 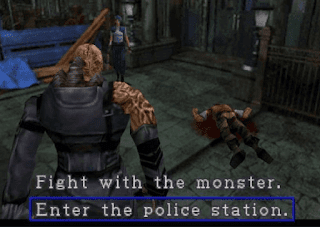 Each Resident Evil game does provide its own challenges and horrors, but it seems that no one has given extra moments that are more thrilling than Resident Evil 3. The reason itself is because this game is designed with a higher difficulty level than the previous two series. Starting from the number of zombies that are more propagated to the presence of the figure of a terrible monster named Nemesis who will not stop chasing you until the end of the game.

First Resident Evil Game “Solo” that is hard to beat 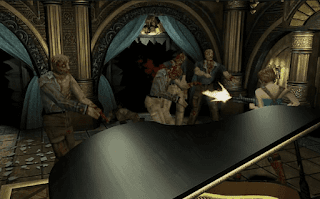 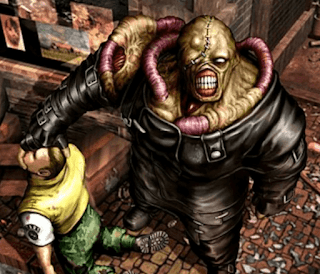 There doesn’t seem to be a better reason to praise Resident Evil 3 for not mentioning Nemesis. Yup, this Tyrant monster with superior intelligence, strength, and endurance is a figure who always manages to bring terrible memories. If Mr. X from Resident Evil 2 alone gives you goosebumps, then you might be knocked out by Nemesis. How come? He is a formidable monster who always chases you from the beginning of the game to the end, can not die, can run faster than your character, has a very deadly attack and can finish you in one catch, carrying a rocket launcher and often makes a roar of “STARS” ready make your neck hair goosebumps.

This is the reason why Nemesis is still universally recognized by most fans as the most iconic antagonist and monster in the Resident Evil franchise. I was so iconic, Nemesis even won the spotlight on the cover of Resident Evil 3 to promote the game (sorry Jill …).

Well, that’s some of the advantages of Resident Evil 3 compared to other Resident Evil games. It is undeniable indeed that this series still leaves meaningful memories for many veteran fans, and the good news is this game might also get a remake project from Capcom. For those of you who don’t follow the news development, Resident Evil 3 is said to have entered an active development period and is planned to be released in 2020.

RECOMMENDED FOR YOU  How to Improve PC Performance for Playing Games