Home » Before eating Fruits and Vegetables we have to wash them? This is the reason

Launch of Medical News Today, the Food and Drug Administration (FDA) estimates that around 48 million people each year suffer from illness resulting from eating contaminated food.

Fruits and vegetables that will be cooked or consumed should be washed first. Except for products that have been pre-washed before at the factory. 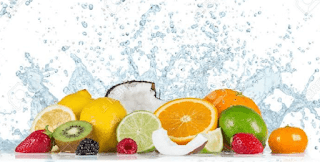 Consuming fruits and vegetables that do not go through the washing process is at risk of two things, namely bacterial and pesticide contamination. At this time, most diseases caused by food products came from spinach, tomatoes, lettuce, and cantaloupe.

In 2016, the Centers for Disease Control and Prevention (CDC) investigated listeriosis outbreaks which forced 19 people to be hospitalized and even killed 1 infected person.

The most recent investigation carried out in January 2019, the CDC and the FDA and other health agencies in several states of the United States and Canada investigated the outbreak of Escherichia coli (E.coli) infection from contaminated romaine lettuce. This infection caused 62 people in 16 American states to be infected although no deaths were found.

The use of pesticides is now common because of its benefits in helping farmers breed plants but pesticides cannot be denied also have risks. According to data from the Environmental Working Group, a nonprofit organization, nearly 70% of fruits and vegetables in the United States have pesticide residues even though they have been washed.

Infection of crops by harmful bacteria can occur in several stages, namely the stage of growth, postharvest, and even after being in the consumer’s kitchen.

At the stage of growth of crops may be contaminated due to contact with animals, harmful substances in the soil or water and lack of cleanliness. Similarly, when the crops are harvested and when at home because of improper storage and during the food preparation process.

Sometimes fresh produce contains harmful bacteria such as Salmonella, E.coli, or Listeria. This bacterium, of course, can make someone sick. Especially for people who are susceptible to infections caused by these bacteria, namely children under 5 years old, pregnant women, the elderly and people with a low immune system.

Some of the symptoms that indicate a person is infected with bacteria from agricultural products are stomach cramps, diarrhea that may be accompanied by blood, vomiting, fever, headaches and sore muscles. Infection due to Listeria bacteria can cause neck stiffness, dazed, loss of balance.

The FDA recommends the steps before consuming the agricultural products, which are:

Table of Contents 6 Tips to Look Beautiful Without Make-Up1. Use Toner2. Wear Sunscreen3. Consumption of Vitamin C4. No smoking5. Do not touch the skin…