OPTICXCESS — Together with the Sound X smart speaker, Huawei also launched MatePad Pro measuring 10.8 inches. This tablet is informed as an answer from Apple iPad Pro. The Chinese manufacturer designed their latest tablet with a slim 4.9-inch bezel. Reporting from Engadget (11/25), MatePad Pro’s front camera is designed using the hole-punch design in the upper left corner of the screen. 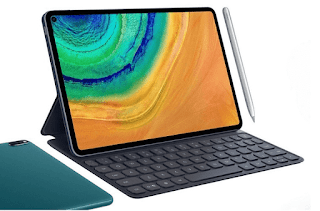 Talking about the screen, the tablet carries a panel resolution of 2560 x 1600 pixels and has a brightness of up to 540 nits that promises a sharp display even if used in the sun. There is also support for the color range (color gamut) of DCI-P3 so that the resulting color looks dense.

Huawei strengthens MatePad Pro with the Kirin 990 flagship processor and EMUI 10 interface with the base of the Android operating system 10. Unfortunately, this tablet is not equipped with Google Services (Play Store, Maps, Gmail, etc.). The back camera has a 13 MP image sensor.

The battery used has a capacity of 7250 mAh with fast charging 40 watts using cable, and 15 watts if charging wirelessly. For multimedia purposes, Huawei embeds 4 speakers in collaboration with Harman Kardon.

RECOMMENDED FOR YOU  The Advantages and Lack of Lenovo K10 Note