OPTICXCESS — Giant smartphone vendors such as Samsung, Huawei, and Apple, in addition to making mobile phones, also produce their own System-on-Chip (SoC) designs, with their respective names.

Now, it is rumored that Oppo will follow the steps of the companies above, by presenting its own homemade SoC, named Oppo M1. This information can be known thanks to the patent documents revealed by the Dutch leak site, LetsGoDigital.

It is known that this document was submitted by Oppo to the European patent office (EUIPO) on November 20 and is still awaiting approval. 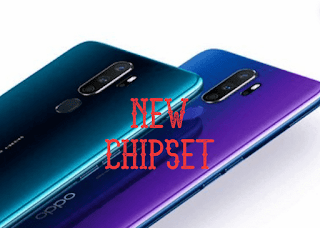 The document contains the name of the Oppo M1 product, which is allegedly a mobile chipset made by Oppo because in the document description stated that the Oppo M1 is a product that has to do with smartphones, chips, and multiprocessors.

Although there has been no confirmation from the Oppo, most likely Oppo M1 is a chip product that is being prepared by the Chinese mobile vendor. Even so, it is not explained what is meant by the letter “M” on Oppo M1.

It could be that Oppo only named “M” followed by number “1”, to emphasize that the SoC was their first product in the semiconductor realm.

It is also not yet known when this SoC will be revealed to the public, what smartphone will it carry next, if there is an Oppo M1 SoC.

It is interesting to see Oppo’s movements slowly reaching the world of chipsets, especially after it was widely heard that Tony Chen’s company had picked up a number of employees from Mediatek and Unisoc semiconductor manufacturers.

Oppo officially released the latest version of the manufacturer’s mobile interface software, ColorOS 7, at an event held in China this week. Many things have been updated by Oppo in ColorOS 7, one of which is the design of the interface layer itself.

Overall, when compared to ColorOS 6, the appearance of icons in ColorOS 7 is now more pleasing to the eye. The nuance of the icon that previously carried an eccentric color now looks refined. Not only that but the type of mobile fonts also now appears more minimalist.

In addition to beautifying the interface, Oppo also adds several new features in a number of applications made by the company. Some of them include features of extreme night mode and vibration damping options when recording video in the camera application.

There is also an application called “Soloop” that users can use to edit photos and videos easily. Well, Oppo itself plans to release ColorOS 7 updates gradually until 2020.

However, this Chinese vendor bragged that the Oppo Reno 3 will be the first Oppo phone to be launched with the ColorOS 7 interface system. The phone is said to be present with 5G dual-mode features and is planned to be introduced around December.