As a vendor from South Korea, Samsung Electronics is famous for its innovative products ranging from home electronic devices, smartphones, wearables, to televisions. 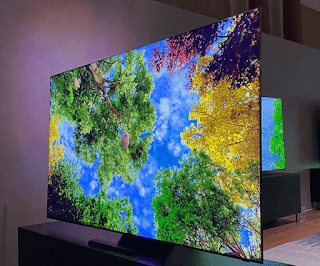 Samsung claims that the Q950TS is the first 8K QLED television that combines ultra-thin bezel, image quality up to 8K resolution, and real surround audio.

Samsung itself presents the Infinity Screen on the Q950TS which produces a screen-to-body ratio of up to 99% so as to create an unlimited viewing experience for its users.

Thanks to the use of 8K resolution, this television is able to present the best LCD image quality in its class and is also equipped with an AI Quantum 8K processor that utilizes deep learning so that it is able to automatically increase non-8K content to appear clear and look like 8K resolution.

For example when watching Full HD or 4K resolution video on this QLED television, then the content will be adjusted to 8K resolution with sharpness and color that can make the user’s eyes comfortable. 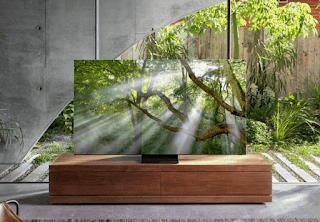 With the support of AI Quantum, the Adaptive Picture feature is also presented on the Q950TS which can optimize images on the screen, whether adapted to the ambiance or individual images.

Interestingly, Samsung claims that the Q950TS QLED TV is able to stream 8K videos from YouTube smoothly and smoothly thanks to YouTube 8K AV1 Codec support which enables a better level of compression. This will benefit YouTubers who have produced 8K videos because the videos can be directly watched on this television.

To produce a video experience or play a more lively game, this 8K QLED TV is also equipped with premium sound features ranging from Q-Symphony, Object Tracking Sound + (OTS +), and Active Voice Amplifier which is capable of producing rich and realistic sounds.

The QK 8K Q950TS TV is also equipped with a MultiView feature that allows multiple images and videos to be run simultaneously on one large screen.

While the support of voice assistants Bixby, Alexa, and Google Assistant has also been presented on this television to facilitate users in enjoying entertainment quickly by only using voice commands.