The Best Free PC MMORPG Game – MMORPG (Massively Multiplayer Online Role-Playing Game) is a genre of video games that give players the opportunity to create their own characters and explore the fictional world prepared by game developers.

There are many reasons why this genre is one of the most popular to play. Among them are as stated above, the MMORPG game offers the opportunity for the players to create their own character they want. 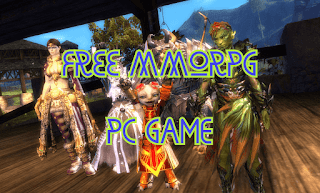 In addition, free adventure in the world of fiction is also a plus. Therefore there are lots of games with the MMORPG genre out there, but not all of them are free, some are paid.

Well, if you are looking for the best free PC MMORPG game, then the following is a list of games that you should try.

Guild Wars 2 is a free MMORPG game that offers unique stories that evolve depending on your decision in the game.

Very rarely this happens in games with the MMORPG genre, which mostly have linear stories. This game tells the story of a world called Tyria that can be explored by players alone or together with friends.

This game is worth playing for those of you who are looking for the best free MMORPG games for PC or macOS.

Although World of Warcraft is not completely free, this game offers the first 20 levels for free. After reaching level 20, then the player is required to pay a subscription to continue playing.

Although 20 levels seem small, in World of Warcraft, reaching level 20 takes quite a long time so you can enjoy this game almost as a whole.

World of Warcraft itself is widely regarded as the father of the MMORPG genre and presents all the good elements of MMORPG such as characters, open world, storyline and various weapons.

If you are looking for an MMORPG game with a space theme, then Eve Online can be a good choice for you. This game is set in a future era where space exploration is a natural thing.

You as a player are required to choose one of the four races and design your own character from scratch. Even though Eve Online as an amazing game can, but this game will take up a lot of your time because the progress in this game is quite long.

Therefore, it takes a long time to play this game too, but still Eve Online is one of the best free MMORPG PC games.

This makes the players have to focus while fighting, whether it’s during blocks, counters or executing combos. There are four choices of races and 10 different classes to choose from.

Blade & Soul also has a lot of PvE dungeons that require collaboration with other players, don’t miss the PvP mode to find out who is the best in this game.

5. Lord of the Rings Online

The players will also be presented with a number of characters and locations that look familiar thanks to the novel or film. When it comes to gameplay, Lord of the Rings Online doesn’t offer anything new, except for one thing.

Here all players are on the same side, so it rarely happens PvP, but the players will be given a Monster Play mode where players can make their own monsters and fight with other players’ monsters.

In MapleStory 2, players will be given a variety of mini-games created by other players so that a variety of content will always be available in the game.

Although the graphics of this game look like cartoons, MapleStory 2 actually has a pretty epic storyline with various side quests and boss battles.

If you are a fan of Star Wars, then you must play this game. The Old Republic itself is based on the vast Star Wars universe, which offers quite different combat mechanisms than other MMORPG games.

Star Wars: The Old Republic also offers game progress depending on the player’s choice when playing it. Players have the opportunity to complete various quests in the game alone or in groups.

Bioware itself as a developer is proven to still pay attention to this old game by releasing a new expansion called Onslaught in September 2019.

Many MMORPG games are inspired by the popular board game, Dungeons, and Dragons, and Neverwinter is no exception. This game is in a city location called Forgotten Realms of Neverwinter.

Like most MMORPGs, Neverwinter offers many characters and classes to choose from. Neverwinter has a feature with quite unique aspects, namely the players are allowed to create their own stories and quests in the game.

Although it seems good, this mechanism makes this game rarely filled by many people in the same location so that the Neverwinter game seems lonely.

In addition to Star Wars fans and Lord of the Rings fans, DC fans should also try the game created for them, the DC Universe Online.

In this game, you can create your own superhero with your own strength and can play with other superheroes from DC Universe such as Superman, Batman or Wonder Woman.

DC Universe Online has a unique combat mechanism called tab-targeting, this system is proven to make the game easier to enjoy because it makes it easier for players to play.

In the final list of the best free PC MMORPG games, there is one of the most updated and most popular games in the world, Runescape.

Runescape is rumored to have at least 250 million accounts, this game also offers all aspects that can be found in the MMORPG genre. But unlike most MMORPGs that offer linear stories, Runescape gives players the freedom to choose their own path in the game.

In addition, players in Runescape are allowed to be proficient at just one skill. That way, Runescape offers players to develop their own desires.

That’s the list of the best free PC MMORPG games that can mostly be downloaded via Steam. Many of the games above are lightweight MMORPG games so they will be smoothly played on PCs or laptops with low specs.

How to Change Paper Size to 4433 in Microsoft Word

How to send PUBG to another cellphone without download