OPTICXCESS — Now mirrorless is one of the favorite types of cameras that are hunted by many people in Indonesia. The more compact form of a DSLR is one reason many people choose it.

Meanwhile, Fujifilm is a company whose name is popular in the mirrorless camera market with its products that have interesting features and capabilities.

For this reason, Fujifilm has just launched a mirrorless X-Pro3 camera in Indonesia. The design presented on this product looks classic but has a sturdy body because it uses titanium on the exterior and magnesium on the frame.

This device has two color choices consisting of Dura Black and Dura Silver, where Fujifilm said that the two color variants present on the body have additional Duratect surface hardening technology that provides extra toughness and the final result that makes it look premium.

This camera can produce images in JPG or RAW format and MOV or MP4 for video. Although the design style looks classic, the features offered by this camera are already modern. This can be seen by its ability to produce video up to 4K 30fps or Full HD 60fps. 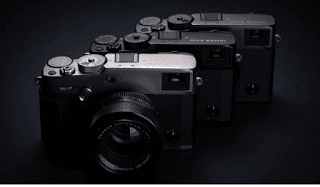 Turning to the back of the body of the Fujifilm X-Pro3, a 1.28-inch screen with color memory LCD technology can display a classic feel by displaying settings and presets that are simpler.

But if you rotate it will appear a 3-inch LCD touch screen that has more complete settings and can be used to determine the focus point on the subject or object being targeted.

There are 17 simulation film modes so that users can be creative in producing interesting photos. Interestingly, Fujifilm added the CLASSIC Neg mode. in the film simulation in X-Pro3 which can simulate negative color films with rich brightness and color contrast so that the results of the photo look unique.

Meanwhile, Fujifilm also claims that this camera has very good resistance to the weather so that its users can capture unexpected moments when traveling.

To make it more comfortable in the hand, Fujifilm also presents optional accessories such as MHG-XPRO3 for hand grip and BLC-XPRO3 for the leather case. 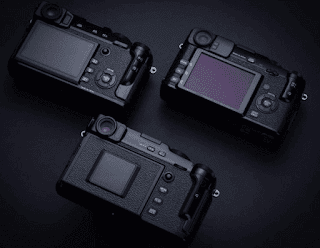