OPTICXCESS — LG is a South Korean company that has become a rival of Samsung in the field of electronic devices and smartphones.

This chipset has very fast performance thanks to the use of 7nm fabrication technology. To compensate for the capabilities of the chipset, LG has also pinned 6 GB of RAM and 128 GB of internal storage in it. 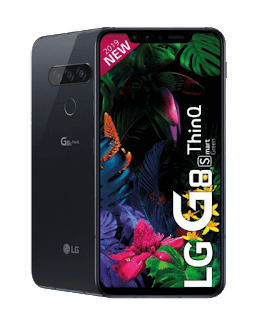 If the internal capacity is less relieved, microSD can be added up to 1 TB. While the 3,550 mAh battery that is present in it is claimed to be able to last a long time in normal use.

18W Fast Charging feature has also been embedded in this device so that the smartphone battery can be charged quickly. The fingerprint sensor is present at the back which allows the lock to open using only fingerprints.

Turning to the photography section, the LG G8s ThinQ is equipped with three rear cameras that have a combination of a 12 MP main camera, a 13 MP ultra-wide camera, and a 12 MP telephoto camera.

Turning to the front, there are two cameras consisting of an 8 MP camera and a 3D ToF camera. For 8 MP camera can produce selfies with a smooth face. Whereas the ToF camera is used to support the Hand ID, Face Unlock, and Air Gesture features.

The LG G8s ThinQ has a 6.21 inch widescreen with Full HD + resolution (2248 x 1080 pixels), G-OLED technology, HDR10, Dolby Vision, and is protected by scratch-resistant Corning Gorilla Glass 5. The screen itself has a full design with bangs like iPhone X on the top.

An IP68 certificate is present on this device which proves that it is waterproof to a depth of 1.5 meters with a maximum time reaching 30 minutes. Not only that, but the LG G8s ThinQ also has a MIL-STD-810G certificate which proves that it has been resistant to humidity, high temperatures, low temperatures, shocks, falling from a height to impact.

Not to forget, support for 4G-LTE networks, WiFi, Bluetooth, and the Android 9.0 Pie operating system with the LG UX 8.0 interface is present. LG G8s ThinQ is sold at prices reaching 36,990 Rupees, or around US $ 521.