OPTICXCESS — Samsung reportedly will introduce the latest flagship, Galaxy S11 on the third week of February 2020. This smartphone is claimed to be present with the Exynos 9825 or Snapdragon 865 chipset.

After launching the Galaxy Note 10 series, Samsung has completed a series of Flagship’s launch this year. The South Korean company was reportedly preparing to launch its latest Galaxy S generation next year. 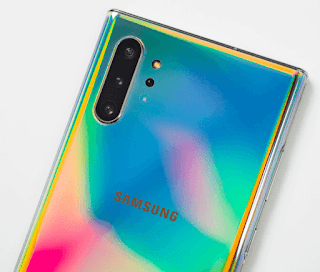 According to one source, Samsung will reportedly introduce the Galaxy S11 in the third week of February. This is in line with what Samsung is doing over the past few years. Even the source mentioned that Samsung will be holding the event on 18 February 2020.

Read Also: How to easily Screenshot on a Samsung Galaxy A30s

Reported from GizmoChina (7/10), this will make Samsung get greater attention. In the same month, the annual Mobile World Congress will be held. The event is scheduled to take place from 24 to 27 February 2020.

Although still far from its launch, some rumors began to flourish around the Galaxy S11. This smartphone claimed to be Samsung’s first smartphone that comes with One UI 2.1. This Interface is based on Android 10.

Not only that, but rumors also mention that the latest flagship Samsung will have a fingerprint scanner technology that is faster than ever. There is also a 5x zoom support on its camera system. Not to miss the camera with a 108MP sensor as its main camera.

As known, Samsung has developed a new camera sensor called Samsung ISOCELL Bright HMX. The Sensor itself was first used by Xiaomi.

In addition to that, Samsung’s latest smartphone will come with the Exynos 9825 chipset or the Snapdragon 865. The Chipset itself will reportedly be released in December this year.

How to Add Android RAM with Only 2 GB Capacity

How to Find Out Original and Fake Samsung (Imitation)