OPTICXCESS — The latest news mentions the Samsung Galaxy Tab S6 that has been launched will be available in the 5G version.

Samsung has launched a number of smartphones that have 5G network support. But so far south Korea’s company has not released a tablet that has similar network support. The latest news mentions the Samsung Galaxy Tab S6 that has been launched will be available in the 5G version. 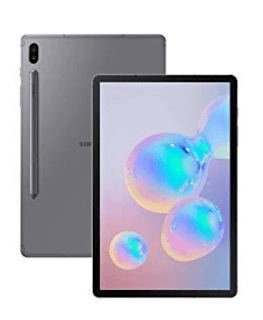 This is evident from the Bluetooth certification of GIS. In the updated Bluetooth SIG list on September 19, the two variants of premium tablets are listed. One tablet on the list has a 5G suffix, while the other without the frills.

The Bluetooth certification of SIG itself is important for vendors before launching their products to the market. But usually, phone vendors delay this kind of certification to be hidden from the public.

The Galaxy Tab S6 5G will likely be soon released by the company, even before 2019 expires. Dilansir Gizmochina (3/10) The tablet is expected to glide for the first time in South Korea. The reason currently penetration of the highest 5G network is in the country.

Unfortunately, the list did not reveal any features of the tablet. But it doesn’t seem to be much different from the other 5G variants of Samsung phones, where the specifications aren’t much different. That makes the difference only on network support alone.

The Galaxy Tab S6 itself has a 10.5 inch Super AMOLED display. The kitchen is supported by the Snapdragon 855 octa-Core and the GPU Andreno 640. The battery has a capacity of 7,040 mAh with 15W of fast charging support. Its camera features a 13Mp and 5MP sensor and an 8MP front camera.

So far no other smartphone vendors are looking ready to launch 5G tablets. Therefore the Galaxy Tab S6 will be the world’s first 5G tablet to be launched into the market.